Surface Studio may be available in Europe earliest in February 2017

NEW YORK City, October 26th, 2016 — Microsoft unveiled to the tech world a new and broad vision that can empower a wave of creativity. With the announcement of a major creative update coming to more than 400 million Windows 10 users and the introduction of Surface Studio – an impressive device packed with amazing features – the company has been making the headlines for a week now.

What truly caused a furore among the professionals, who went to the October event, is the new addition to the expanding Surface family – the Surface Studio. With the thinnest LCD monitor ever build and its stunning ultra-HD 4.5K screen, this device quickly transforms from a comfortable desktop to a powerful and creative digital canvas, giving creativity no limits.

Just a few days after its official presentation on stage, the interest for the device was so huge that it ran out of stock in the Microsoft Store. Fortunately, its pre-orders were quickly renewed and now Surface Studio is available for pre-order again. Its price starts from $2,999 for the core i5 configuration, but the multifunctional device is also available in two more configurations with higher hardware specifics. Unfortunately, as of now, Surface Studio can be pre-ordered only in the United States and in limited quantities. But when can the world expect it for a broader availability?

Without a doubt, the Surface Studio is one of the most desirable pieces of hardware ever, and fortunately, it will soon be available for mass purchase in Europe as well. It seems that Digitec, a Swiss online retailer, has listed Surface Studio for pre-order on their website. 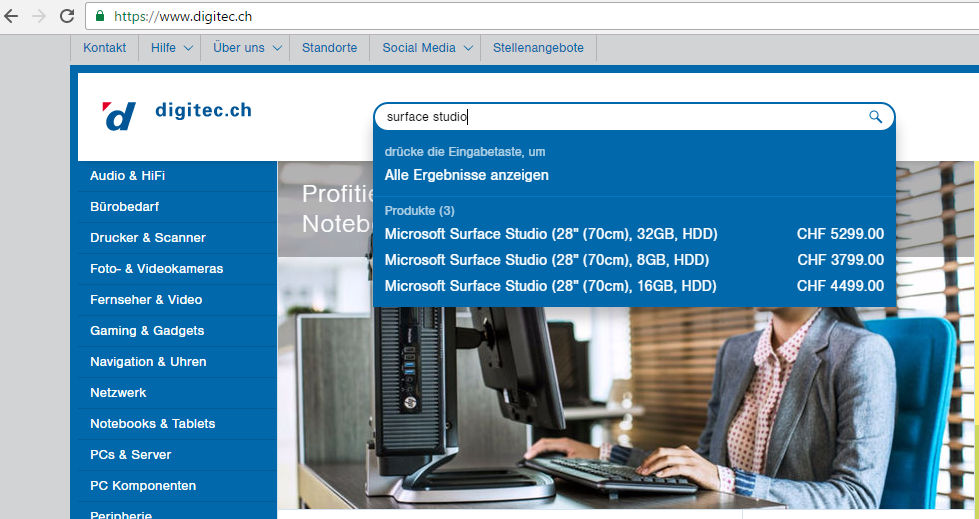 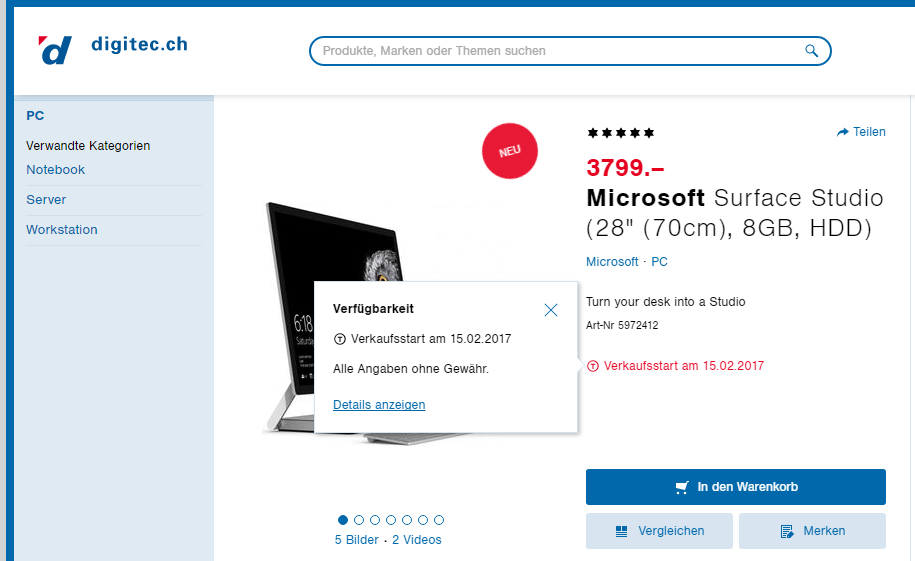 The shipment is announced to be on February 15th, 2017, which gives an early indication of when we can expect the Surface Studio to be made available on the European market.