In the following article, we will go over the most common reasons for laptop overheating as well as show you how to potentially fix this issue and reduce your machine’s temperature.

Laptops are incredibly useful. They provide you with most of the benefits of a desktop computer, while being quite mobile and easy to carry around. With the advance of hardware technologies, you can expect a laptop to have similar amounts of RAM, hard-drive memory and processors as powerful as those of any regular PC. Of course, laptops tend to be a bit more expensive, but on the other hand you get your keyboard, monitor, speakers and even a mouse, all at once with the actual computer. Still, it cannot be denied that laptops are a compromise between the mobility of tablets and smartphones and the capabilities of a regular desktop PC. This means that there is room for a lot of cons that other specialized devices do not have. In this particular article, we will be talking about the tendency of laptops to overheat much faster and easier in comparison to their desktop counterparts.

Where is the difference?

We all know how the case of a regular computer looks. It’s a big, spacious box, with enough room inside it for a big fan and enough vents for air circulation. Some PC’s even have a water-based cooling system, which makes the whole process even more efficient. However, you do not get that with a laptop and it is easy to see why. Laptops are small and lack the room for any big and fancy fans. Also, the air circulation in them is limited. The vent is usually quite small and if you are not careful what surface you put your notebook on, it might not provide the computer with any fresh air (we’ll get to that in a moment). Also, the fact that you do not have a separate keyboard, monitor, speakers and a mouse further contributes to the faster temperature rise of the machine. All in all, laptops are pretty quick to overheat, that is why people who use them need to have a good understanding of how they can minimize the accumulated heat, so that their notebook computer could function properly.

Most common reasons for laptop overheating

Video games or other laborious software

It is debatable whether there are gaming laptops and there is a good reason for it. No matter how powerful, expensive and top-notch a laptop is, it will always have certain inherent issues when it comes to gaming. PC games (especially newer ones) are some of the most system resource demanding pieces of software that you can run on your machine. Additionally, most of them require constant interaction with the keyboard and are heavy on almost every aspect of your computer. All of this leads to quick and inevitable overheating of your notebook computer. Still, this does not mean that games cannot be played on a laptop or that it would ruin the device, but it should still be said that if you want to predominantly use your computer for gaming, a laptop might not be the best choice for that task. Also, if your notebook is not very powerful, overheating might be caused by other laborious programs, such as professional video or picture editing software. Also, if your machine has a lot of heavy processes running at once, that you do not really need, it would be a better idea to have them disabled in order to make it easier for your device’s hardware. 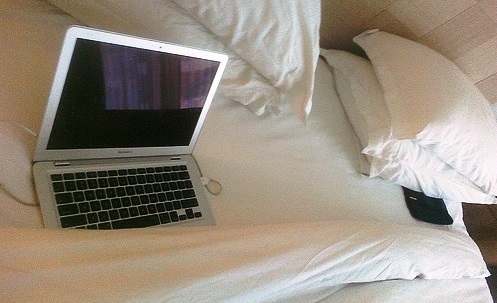 It is almost astonishing how many people who use laptops do not know that it is a bad idea to put your machine on anything other than a flat and smooth surface. If you tend to put your notebook on your bed and operate on it like that, this is the perfect recipe for overheating. Blankets, sheets, soft surfaces or anything similar makes it very difficult for the air to properly circulate out of the tiny vent that is usually at the bottom or the side of the device. Laptops should only be used on perfectly flat surfaces, such as tables (without covers), desks or anything similar if you are planning to work for an extended period of time. 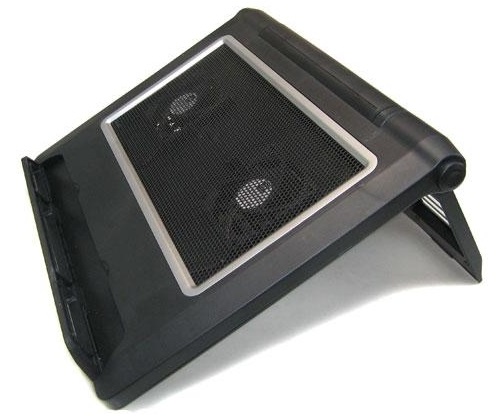 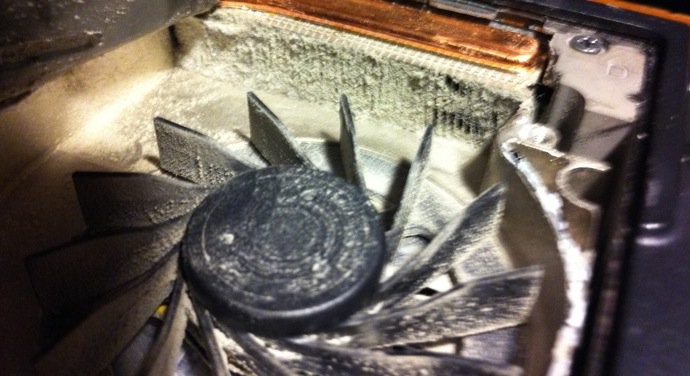 Getting this problem with a laptop is inevitable. No matter what you do, at a certain point the dust that accumulates over the cooling system will become too much for the fan to cool effectively. You can, however, reduce the rate at which dust particle blockage builds up by keeping your machine away from dusty surfaces and rooms and covering the vent with a piece non-dusty clothing when the computer is turned off. Still, even with those precautions, dust will eventually be accumulated. Therefore, you should take your machine to a technician once in a while, who will clean the dust blockage for you. Alternatively, you can disassemble the laptop yourself and wipe the dust build-up from the fan and the rest of the cooling system.