“This operation requires the merged cells to be identically sized” sure is an annoying error, but to fix it you’ll need to find the Merged Cells in Excel. Learn how to do it with the help of our guide! 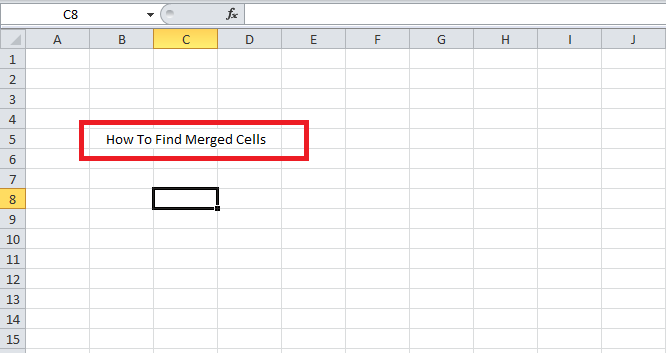 MS Excel – the terror of the office world. However, as terrifying as it seems to many, many more rely on this tool to for work, in order to effectively accomplish daily tasks, to gather and store data and more. Yet, being arguably the most complex piece of the Microsoft Office package, it’s certainly not uncommon for users to run into various difficulties and get lost in the wide range of possible functions and features that it has to offer.

We’ve dedicated this article to only one particular issue – that of merged cells. This is actually a useful thing to have and can be used for several purposes. For one, it’s particularly convenient when you would like to have a title centered over a given part of your spreadsheet. This function allows you to merge two or more adjacent cells, as a result of which only the text or number written in the upper-leftmost cell will be saved, while all values in the rest of the cells will be lost. However, especially on big documents, one can have a lot of merged sells that may later need to be resized. That brings the question – how to find merged cells in Excell?

However, despite all the usefulness, there are occasions when you either don’t want merged cells or they simply aren’t necessary. So, say you’ve used the ‘merge cell’ function, but would now like to locate and remove all those merged cells or, alternatively, you’re working on someone else’s sheet that has unneeded merged cells in it. The following guide will show you how to fix this in only a few easy steps.

How To Find Merged Cells in Excel

Was our article helpful in getting your merged cells issue solved? Let us know in the comment section below, we are always interested in your feedback!