This guide will show you how to use the Ctrl + Alt + Del key combination on Remote Desktop. The tip below is very simple, but helpful to know if you are a fan of RDP.

If you are reading this, you probably enjoy using Microsoft’s Remote Desktop. This is a very comfortable feature, built into Windows, that gives you the ability to quickly administer a computer from a completely remote location. 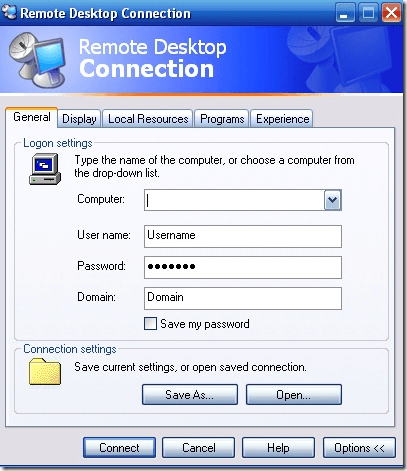 Many people, who love to be flexible, may find this functionality very helpful, especially when they need to manage information between different devices and do not have physical access to all of them.

As functional as it is, however, Remote Desktop has its specific tweaks. For example, one very useful key combination, widely used by many Windows Server Administrators is the Ctrl + Alt + Del keys, which doesn’t really work when used on Remote Desktop. You probably also know how useful this combination is, especially if you frequently use it to lock your computer, call the Task Manager, log off or switch the current Windows user, change passwords and many other things. But when you press Ctrl + Alt + Del on Remote Desktop, it simply won’t do the job. Then what key combination should you use instead, while you are working on an RDP session? We will explain here.

How to Perform Ctrl + Alt + Del on Remote Desktop

When you log in remotely to a server through Remote Desktop Protocol, and you want to perform a Ctrl + Alt + Del key combination on that remote server, you may notice that it won’t call the needed function. Of course, depending on the Client software that is used, it may do the job. However, if it doesn’t, the reason is that when you press Ctrl + Alt + Del, your local computer will receive this key combination and interpret it as a local command and will not transmit it to the remote computer.

In order for the command to be interpreted as a remote command and to be transmitted through the Remote Desktop to the remote PC, there is a not-so-obvious tweak. In fact, instead of the standard Ctrl + Alt + Del, you will need to press Ctrl + Alt + End to transmit the signal. This way, the local computer will not interpret it as a local command and will send it through the Remote Desktop to the remote computer. There, once it is received, the key combination will be executed as a Ctrl + Alt + Del command.

It is a really simple tweak that is not rocket science, but if one is not used to it, it may easily be forgotten. The good thing is that the “End” key is just next to the “Del” key on the keyboard, so remembering the sequence should be pretty easy.